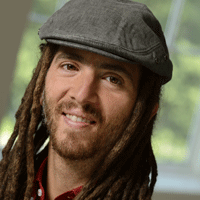 I am an Assistant Professor in the Department of Biomedical Engineering, with joint appointments in Applied Mathematics and Statistics, Computer Science, Electrical and Computer Engineering, Neuroscience, and Biostatistics at Johns Hopkins University. I am affiliated with the Institute for Computational Medicine, the Center for Imaging Science, and the Kavli Neuroscience Discovery Institute, and is affiliated with the Mathematical Institute for Data Science and Institute for Data Intensive Engineering and Sciences. I do biomedical data science, focusing on statistics of brain networks (connectomes). I co-founded the Open Connectome Project (OCP) with my brother R. Jacob Vogelstein and Randal Burns, Associated Professor in the Department of Computer Science at Johns Hopkins University, and then co-founded Gigantum a few years later.

I received a BS from the Department of Biomedical Engineering (BME) at Washington University in St. Louis, MO in 2002, a M.S. degree from the Department of Applied Mathematics and Statistics (AMS) at Johns Hopkins University (JHU) in Baltimore, MD in 2009, and a Ph.D. degree from the Department of Neuroscience at JHU in 2009. I then also trained in AMS@JHU from 2009 until 2012, and then Duke departments of Mathematics and Statistical Science until 2014. I married his kindergarten sweetheart in the summer of 2014, and we had our first child in 2017, and a second in 2019. My research goal is to understand and improve animal and machine learning worldwide.

My research has been featured in a number of prominent scientific and engineering journals and conferences including Nature, Science, Cell, Proceedings of the National Academy of Sciences, Nature Methods, Science Translational Medicine, Journal of Machine Learning, IEEE Transactions on Pattern Analysis and Machine Intelligence, Annals of Applied Statistics, Neurips, and SIAM Journal of Matrix Analysis and Applications. In 2011, I co-founded the Open Connectome Project, and co-founded Gigantum a few years later. We try to conduct our work according to the highest standards of open science.

I am always seeking feedback specifically critical feedback. Grandma Verna once said, "if you treat everything like a compliment, you'll get more compliments." Thus, I strive to appreciated all feedback, the more insightful and honest and critical, the more helpful. To that end, I've set up a personal anonymous feedback form here. Please do not hold back. If you tell me how to express my gratitude for you, anonymously or otherwise, I will strive to do so.

We seek patterns in our physical worlds (e.g., our bodies, our brains) as well as our mental worlds (e.g., our perceptions, experiences, memories, thoughts, emotions, psychiatric conditions). More importantly, we seek to understand patterns in our mental worlds in terms of our physical worlds. Our hope and belief is that via developing a deeper understanding of the links between these worlds, we will be able to bring them into greater alignment. A primary motivating factor is that all humans/animals have brains and therefore, such ideas could directly benefit all of animalkind. Thus, all of our research products are freely available to all.